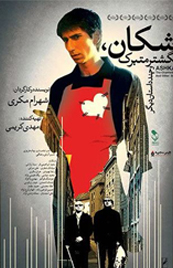 Ashkan, The charmed ring and other stories

At times, the world is filled with things we cannot understand. 'Ashkan, the Charmed Ring and Other Stories' features the simultaneously hilarious and mysterious stories of a motley assortment of characters as their fates and journeys uncomprehendingly intertwine: from blind robbers Shahrooz and Reza planning their latest heist to a young man, Ashkan, who has tried to commit suicide fourteen times and offers to help in their crime. From a police officer unhappily in love with a cashier to a charmed ring that spells disaster for whoever wears it, debut director Shahram Mokri weaves together the various narrative threads with storytelling flair. Filled with black humour and plentiful twists and turns, 'Ashkan...' is a stunning accomplishment, a latter-day 'Pulp Fiction' made for an Iranian moviegoing audience.