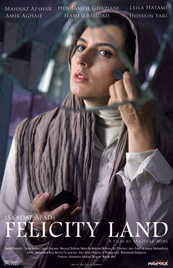 A close look at the lives of three well-off Iranian couples who get together for businessman Mohsen's birthday party. Their lives are ostensibly idyllic, but each couple bears its own sordid secrets; Ali and Laleh have a strained relationship after the purchase of an apartment, while Bahram and Tamineh have their own financial concerns. As the party progresses, cracks begin to appear, and accusations fly. Host Yassi, meanwhile, struggles under the weight of the group’s pressure. A gripping drama that unfolds almost entirely in real time that focuses on relationships, deceit and trust.