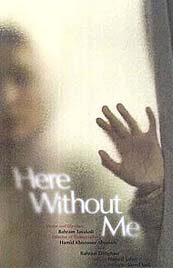 This contemporary Iranian adaptation of Tennessee Williams' 'The Glass Menagerie' portrays the clash between the dreams and the harsh reality of life in contemporary Tehran. Ehsan struggles to make a living as a writer. Hemmed in on all sides by his dysfunctional family, including his his disabled sister Yalda and his frantic, overworked mother Farideh, Ehsan frequently seeks to escape his claustrophobic life by going to the cinema, where he can daydream his malaise into happiness. As each member of his family pursues their individual dreams, a tiny string of hope for a better future keeps them together. But for how long can this string last? Winner of Best Actress at the 2011 World Film Festival in Montreal (Fatemeh Motamed-Aria).